The Slingshot sUP WINDer Fin is now for sale at KiteLine Kiteboarding.

Here is what Slingshot has to say about the Slingshot sUP WINDer Fin. 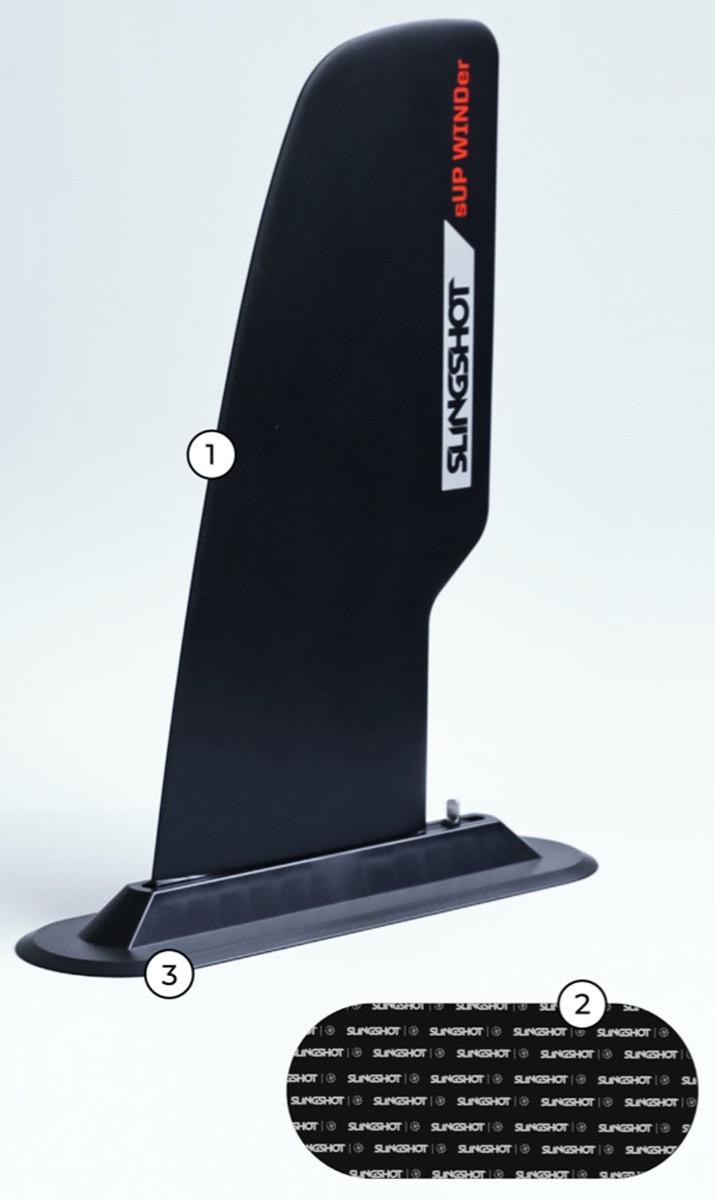 STEP 1. Remove the keel fin from stick on A box, notice the 3m backing.

STEP 4. Fold edges up on the sides to make a good crease, this will keep them out of the way. Remove the sticky back and press the hard centerpiece down firmly. Triple check for straightness then work from the inside to outside to push the edges down and remove bubbles.

STEP 5. Wait for the adhesive to set (preferably 12 hrs.) before submersing into water.

Step 6. Now the A Box is on the board. Remove the rear bolt, put the nut in the track slide and slide the  center keel in and screw it down.

Hey everybody, I am Wyatt Miller, Slingshot’s brand manager for windsurfing and wing foiling. I’m here to introduce you to the Slingshot sUP WINDer, stick on A box with keel fin. In this video I am going to show you how to apply this keel to your hard SUP board to give it new life and turn it into an awesome winging board. What the sUP WINDer does is allows you to actually stay upwind on your old standard SUP. So, if you’ve got a SUP board laying around and you want to give it new life, go way faster than you’ve ever paddled before AND combine it with a new SlingWing here’s how.  This stick on fin when applied to your board helps you so that you can make it back to the same point you launched from and stay upwind with the new handheld Wings.